The hottest Halloween event in Liverpool will be taking place at Alma de Cuba on the 26th October and here are 10 reasons why you’ll want to be a part of The Whitechapel Halloween Ball.

Hosted in a Spooktacular Venue 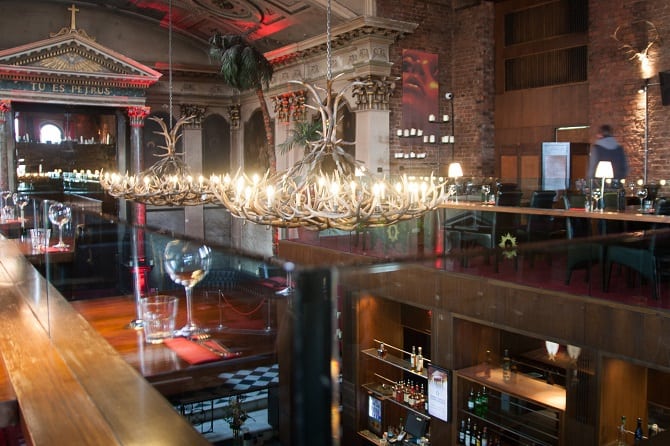 Once a Catholic Church in the centre of the city, Alma de Cuba has been on the list of Liverpool’s most glamorous evening venues for years.

People have flocked to the bar and restaurant to see inside the grand and ancient building to enjoy long nights out in Liverpool spent inside the decadent surroundings.

The vast interior still retains its church-like appearance with an altar at the centre, the intimate and secluded lady chapel, stained glass windows and exposed beam ceiling.

Tying hand in hand with the prestige and glamour of the hotly anticipated Halloween event in Liverpool our theme for the Whitechapel Halloween Ball is Celebrity Legends.

We are asking guests to come dressed as any of the all-time celebrity legends of the past from stage and screen.

Take inspiration from the icons that dominated the charts such as the late and fabulous David Bowie, the iconic Cilla Black or the superb talent that was Amy Winehouse.

Whoever your choice might be it’s sure to be an all-star turnout with some familiar faces showing up to party the night away at the Whitechapel Halloween Ball.

We are known at Alma de Cuba for having a top social media presence in the city as well as our amazing events being covered by major local press.

So make sure your look is on point as you might get papped at the Whitechapel Halloween Ball.

All for a Good Cause 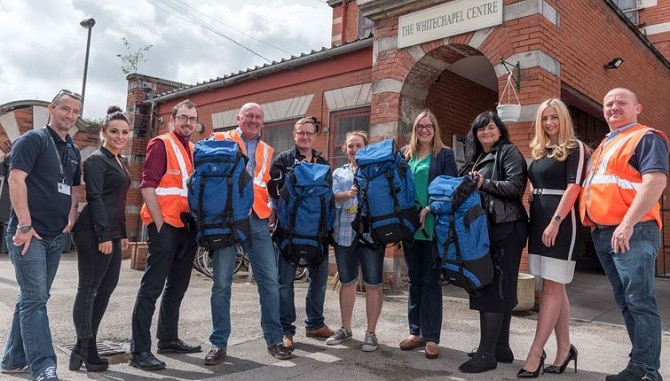 Signature Living promised to pledge £250,000 to the Whitechapel Centre this year alone and Lawrence Kenwright pledged to match the total raised with a donation from his own pocket.

The Whitechapel Ball is set to raise in excess of £50,000 which is a huge proportion of the targeted amount.

The move to support the Whitechapel Centre was made after Lawrence and Katie learned of the increase in vulnerable people hitting the streets of Liverpool over the last few years.

The Whitechapel Centre have done amazing work with the homeless people across the city and with Signature Living’s partnership they can keep delivering services that are making a difference to so many lives.

Come along and help those who can’t help themselves by supporting a great cause and having fun in the process at the Whitechapel Halloween Ball in Alma de Cuba. Get your tickets here.

In the past Signature Living events have been attended by some of the brightest stars of the small screen including cast members of Hollyoaks, Real Housewives of Cheshire and major business faces of Liverpool.

In short, there’s all likely hood you could bump into your favourite soap or reality TV star at the Whitechapel Halloween Ball so grab your tickets quick before they all get snapped up by the celebs. 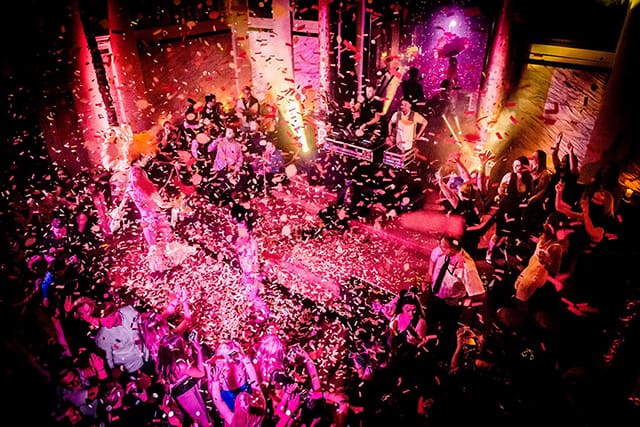 To get the party started and keep it going all night Signature Living have organised a cracking line-up for this one of a kind Halloween event in Liverpool.

A very special headline act will be provided great music for a one night only event, as well as having a top DJ spinning the night away with decades of guilty pleasures.

Alma de Cuba’s roof will certainly be on fire this Halloween in Liverpool. 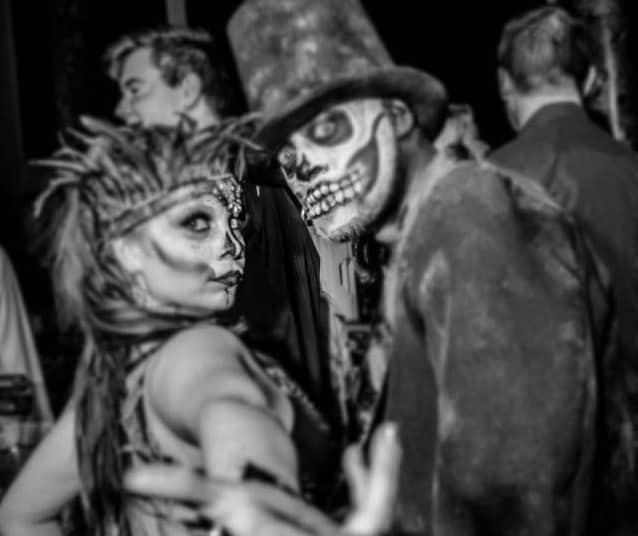 So much more than music will be on hand to keep guests busy for the night.

We are looking forward to welcoming a mystic into our midst boosting the spooky vibes of the evening and perhaps predicting some futures for those in attendance using her crystal ball.

Helping to get the crowd going, our very own Alma de Cuba dancers will be performing a few numbers in full Halloween costume and there’ll be a chance to spin the wheel of fortune where you’ll be in line to win some serious prizes.

It’s a night not to be missed full of frightfully good fun and frivolity at Alma de Cuba and The Whitechapel Halloween Ball. 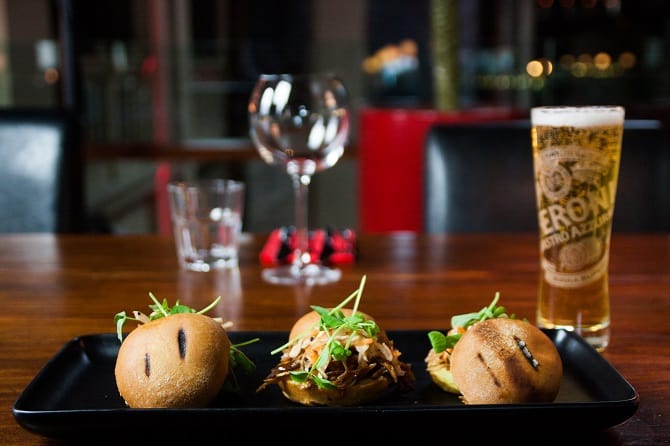 Recent winner of Liverpool’s Best Bar at the Liverpool Food and Drink Festival, Alma de Cuba know their stuff when It comes to meeting public demand for great drinks and food.

In fact, our English Martini was even nominated as Liverpool’s Most Popular Signature Cocktail!

Alma de Cuba’s Latin flare food has gone down a treat with diners in the city for years and now Signature Living have spiced things up a little more with their unmistakable touch.

At the Whitechapel Halloween Ball guests will be treated to delicious canapes made to match the culinary Cuban flair enjoyed from the everyday menu and drinks including some specially made concoctions for the occasion.

Guests can expect to be wined and dined like the legends they’ve come dressed as for the entire evening.

Why Not Make a Break of It?

If you are heading to Liverpool anyway why not choose to stay in one of Signature Living’s own amazing city centre hotels.

There are four superb choices including one just across the road from the hosting venue.

Arthouse Hotel is less than one minutes walk away from Alma de Cuba in the popular Ropewalks district and better still have a selection of quirky movie themed rooms that you could pair with your celebrity legend costume. How’s about the Marilyn Room, The Phantom of The Opera or any of our Alfred Hitchcock suites for costume inspiration?

Signature Living Hotel, found at the bottom of Mathew Street, is close to the city centre and a likely spot for any after party drinks in Bar Signature. The rooms can sleep a large party of guests from 10 to 26 and are superbly outfitted for any night out in Liverpool.

The Shankly Hotel may be better suited to those of you coming as a couple with their more intimate suits focusing on luxury and comfort. What’s more y, u can wake the following morning and learn all about another type of legend, the legend of Liverpool football Bill Shankly. 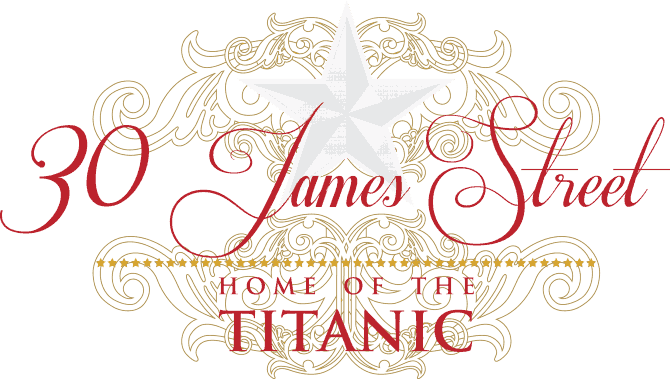 Finally, 30 James Street – Home of the Titanic is a real experience of a luxury hotel in Liverpool. Located on the cities stunning World Heritage Waterfront guests who chose to stay here can enjoy the splendour of first-class Liverpool accommodation in a building that’s synonymous with Liverpool’s maritime history.

A Different Halloween Event in Liverpool 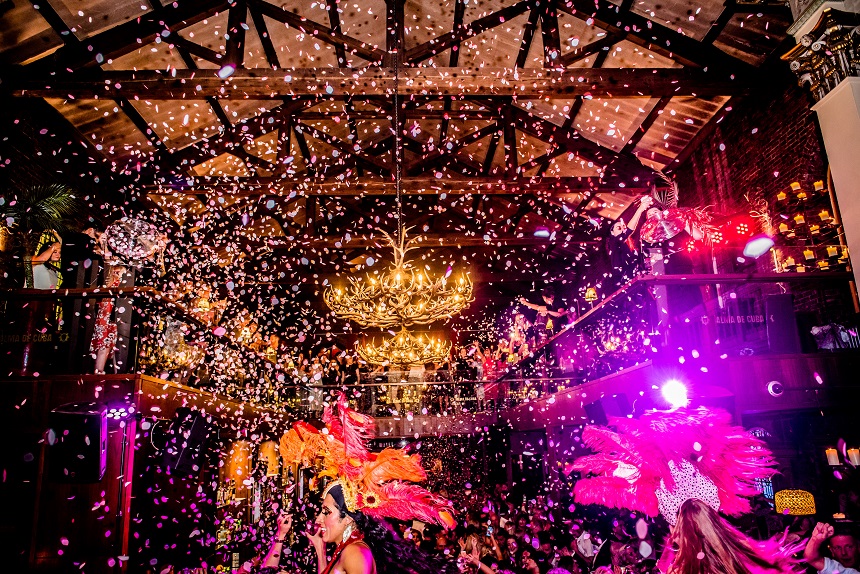 If you are an annual fancy dresser on Halloween event in Liverpool then it’s time to make a change and spend an evening of glamour and sophistication at the Whitechapel Halloween Ball.

Alma de Cuba will be setting the scene for the city’s most upscale Halloween affair peppered with some famous faces and covered by top UK press.

Get spotted in one of the top places to be seen along with a host of other fabulous guests. Do something good for the cities vulnerable people by supporting Signature Living and The Whitechapel Centre on this year’s Halloween event in Liverpool at The Whitechapel Halloween Ball 26th October 2017 at Alma de Cuba.