Ultimate Girls Breaks in Bond: The Very Best Bond Girls of All Time

Ultimate girls’ breaks don’t get much better than those spent at Signature Living in our famous Bond Duplex at Signature Hotel. 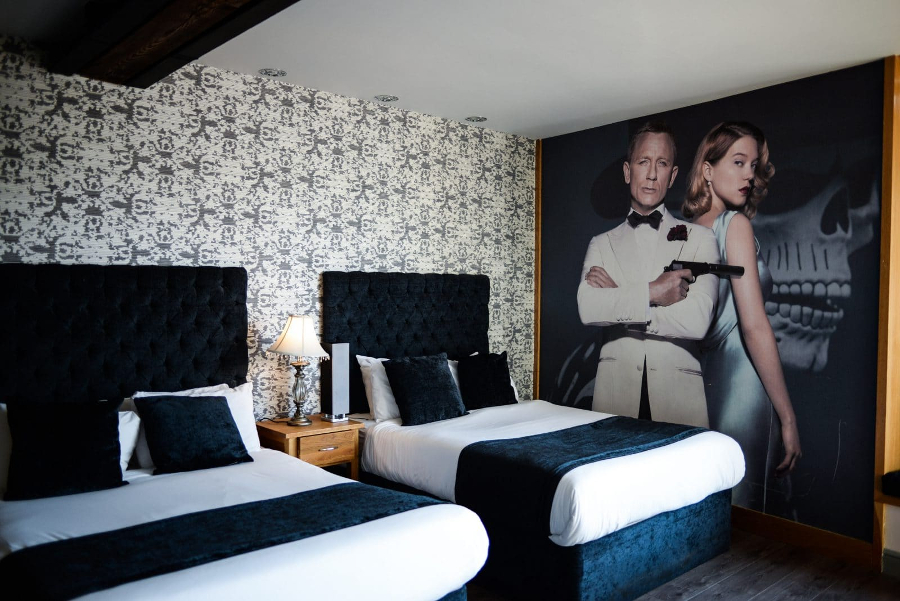 Here, we celebrate the groups of girls who have stayed or will be staying with us in our Bond Duplex by taking a look at a group of women who have epitomised girl power over the last few decades.

We’re talking, of course, about the beautiful and deadly Bond Girls. Each one of them as fabulous as they are feisty, no match for Bond himself, but most of whom gave 007 a run for his money in many of the much-loved movies.

Here’s our rundown of the top 10 Bond Girls, and what it is that made them stand out among the long list of other Bond beauties.

010. Bambi and Thumper – Diamonds Are Forever

Don’t let the fuzzy, cute names fool you – or the bikini perfect bods – Bambi and Thumper are two terrific examples of vintage Bond Girls who whoop 007’s butt in Diamonds Are Forever.

Their deceptive appearance disarms Bond for a moment, but then they whip out their combined martial arts skills and beat Bond, almost drowning him in a swimming pool.

Both meet their end, being drowned in the deep end. Perhaps take swimming lessons rather than karate next time ladies.

A powerful medium in the service of Dr Kananga, Solitaire, played by Jane Seymour, inherited her job from her mother, but her psychic powers can only be preserved as long as she remains a virgin.

Bond, of course, seduces Solitaire thus debunking her powers and rendering her useless to his enemy and intended target. Solitaire is led out for sacrifice with the tribe of Baron Samedi, then saved by 007 and the two become “closer” on a sleeper train

A troubled beauty, Bond believed he might be able to save Elektra King, played by actress Sophie Marceau, buying her story as a kidnapped little rich girl whose family never loved her.

All along this beautiful Bond Girl was plotting to extort money from her family, helping her kidnapper destroy the city. She believes her power over Bond, and all men in fact, will save her from being shot . . . wrong.

Bond shoots Elektra dead and signs off with the memorable quote: “I never miss”

Another fabulous pun name, this Bond Girl takes her time to live up to it, Mary Goodnight is Bond’s slightly clumsy sidekick played by the bubbly blonde Brit Ekland.

Throughout the movie, Goodnight tries to bed Bond, but to no avail. He even goes so far as to sleep with another woman whilst she’s locked in his hotel room wardrobe and, upon waking her, tells her

“Your turn will come, I promise.”

How could we leave this bombshell out of our countdown?

Played by Honor Blackman, Pussy Galore is the leader of an all-female Flying Circus, hired by Goldfinger to carry out his world-ending scheme. Galore is possibly remembered mainly for her name, one of the best pun names of the bunch.

She survives after being seduced by 007 and switching sides, ending the movie suggestively with Bond under a parachute on a remote tropical island.

An agent herself, Fiona Volpe was charged with “tying up loose ends” for SPECTRE. She’s the only Bond Girl we know to have landed a blow on 007 without using her fists, thighs or a weapon. Ms Volpe, played by the lovely Luciana Paluzzi, dented Bond’s ego instead:

James Bond, the one where he has to make love to a woman, and she starts to hear heavenly choirs singing. She repents and turns to the side of right and virtue… [she steps on Bond’s foot] but not this one!

Volpe was eventually used as a human shield by Bond, he got his revenge for his bashed pride.

One of our very favourite Bond Girls played by the striking Famke Janssen as Xenia Onatopp. An ex-Soviet fighter pilot and top assassin Xenia’s top skill was that she could debilitate and even kill her victims with an inescapable thigh grip.

Onatopp’s grizzly end came when she was strangled with the cord from a helicopter.

A woman whom every man probably wishes he had as a bodyguard, May Day, played by none other than Grace Jones. With the strength of ten men, May Day could lift her enemies over her head, and she was the head of an all-female unit of guards.

This inimitable Bond Girl met her end when she sacrificed herself to save 007 securing the demise of her treacherous ex.

Almost at the top spot of our list, Vesper Lynn played by Eva Green is a favourite Bond Girl of the time, setting the new Bond Girl benchmark for future Bond movies.

After winning Bond’s affections, following his torture and near death, Vesper reveals her life as a double agent and, although she wishes to start a new life with 007 away from MI6 she realises she can’t.

Her sad end comes when she spots an enemy operative tailing both her and Bond, so to save them both she commits suicide and explains her reasoning to Bond in a note.

The image that comes to everyone’s mind when they think Bond Girl, Honey Ryder played by Ursula Andress, is the epitome of a Bond Girl. Strong and sassy, independent and troubled, Honey Ryder serves as an aide to Bond when he tries escaping Dr No’s island.

Her resourcefulness is what makes her stand out when she tells Bond about her revenge on a handsy landlord and how she killed him with a black widow spider.

That and the unforgettable moment she emerges from the sea in that white bikini.

Our Bond Duplex has long been a favourite among our guests. With all the space and flexibility of a serviced apartment and the unique style and luxury of a boutique hotel.

Up to 14 guests can sleep in any of the three separate sleeping areas, you ladies can take a dip in one of the two double whirlpool bathtubs, both with their own built-in TVs.

Our Ultimate Girls offers have been purpose-built to provide the most amazing girl’s breaks in the city, and the best of the city’s nightlife is practically on your doorstep.

Call and book your ultimate girls break in the Bond Duplex today on 0151 236 0166 or email info@signatureliving.co.uk.

Become a gang of Bond Girls for the weekend during your stay in Signature Living’s Bond Duplex.

Adult Activities in Liverpool: Weird & Wonderful Things to Do with Signature Living 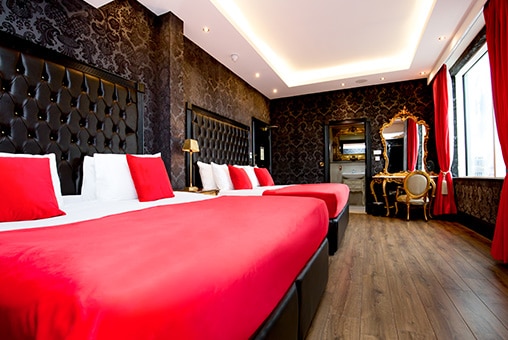 In a hotel of endless curiosities, the Seduction suite is Signature Living’s most... 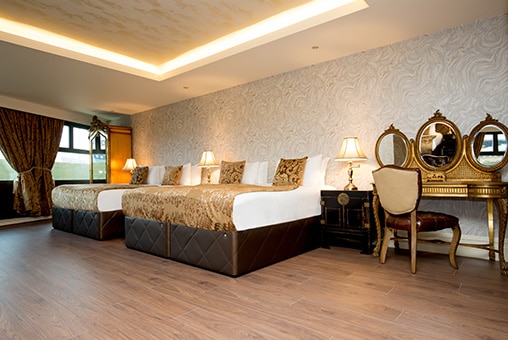 Step into an ancient eastern paradise in the Opium suite. This unique and quirky... 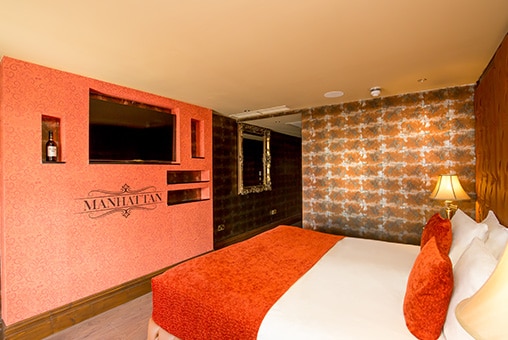 Before Prohibition, a Manhattan was the cocktail of choice. Representing one of...

The Very Best of The Best Rooms in Liverpool: The James Bond Duplex

Adult Activities in Liverpool: Weird & Wonderful Things to Do with Signature Living

Have your Girls Party in Liverpool with Signature!

Maid of Honour’s Guide to Planning the Perfect Hen Party

Plan your Liverpool Hen Do for Any Budget with Signature Living

Which Liverpool Nightlife Area Has the Best Bars & Clubs for You?