A city famous for its amazing atmosphere and events, we’ve put together a guide to the best Liverpool summer festivals to look out for this year.

From spectacular live music to city centre celebrations and cultural performances, there really is something for everyone. Start planning now!

Described as “a coming together of the Smithdown bars, cafes & beyond to create a kick-ass Bank Holiday weekend of entertainment for the masses,” this little local festival really does pack a punch. Smithdown has had a well-deserved resurgence this past couple of years, and this festival definitely has a part to play.

The grassroots community event has gone from strength to strength over the past couple of years. It’s completely free, but the festival also helps to raise money for The Whitechapel Centre. Great music and an even better cause? We’re in!

One of the highlights in the Liverpool summer festivals line up, Sound City is returning to its roots this year for a weekend of amazing music in the Baltic Triangle.

Over the weekend, over 250 emerging new bands and headliners will also perform.

Where: Various Venues in the Baltic Triangle

This year, the funkiest festival in Liverpool is returning for its 6th edition. Camp and Furnace will play host to the main event, with smaller events being held in great Baltic Triangle venues like District, Tap and Still and 24 Kitchen Street.

Their 2019 theme is ‘Jungle Boogie’, with Camp and Furnace being transformed into a disco jungle – the perfect habitat to throw some wild shapes! Acts already announced include Melba Moore, Joey Negro, Soul Clap and John Morales. If you’re not spending the May Bank Holiday getting down at Liverpool Disco Festival, then you’re seriously missing out.

Why not carry on the Jungle theme by staying in one of Signature Living’s jungle-themed rooms? They’d be the perfect setting for those disco-fezzy pre-drinks.

Liverpool’s annual late-night cultural light extravaganza returns in May and it promises to be bigger and better than ever with their 2019 theme: Ritual!

Celebrating Liverpool’s heritage sites, galleries and museums by opening their doors to the public until late into the evening, LightNight has become one of the best events in the city.

Tourists and locals can experience the city as they never have before and take part in activities, watch performances and observe specially commissioned artworks.

Get ready for an amazing line up of House, Techno, Drum & Bass, Grime and much more. The Baltic Weekender will be taking over the Baltic Triangle for 3 days of great music and good vibes.

Nina Kraviz, George Fitzgerald, Flava D and DJ Zinc all feature on this years’ line up and Cirque du Soul will even be on hand to get the crowd going and set the mood!

From an idea that started in the city centre with just a few small gigs, a full festival now takes place annually in Sefton Park.

Returning for its 27th year, Africa Oye is the largest free celebration of African Music and culture. Expect a fantastic line-up of international artists as well as up-and-coming UK talent.

Feis Liverpool is the brainchild of the founder of the world-famous Fleadh. This Irish music festival returns to Liverpool once more to deliver a beautiful celebration of Irish culture. The line-up features some of the best and biggest names in Irish music, including Shane McGowan, Moving Hearts, Paul Brady, Flogging Molly and Phil Coulter.

Not one to miss if the Emerald Isle has a special place in your heart!

A post shared by Brazilica Festival Liverpool (@brazilicafest) on Mar 3, 2019 at 2:13am PST

One of the most vibrant and electric Liverpool summer festivals, Brazilica is a fantastic celebration of Latin America. It’s the only Brazilian samba carnival parade and celebration of its kind in the UK!

With fringe events already confirmed, the main carnival will take place on 13th July and will see drummers, dancers, parades and celebrators take to the streets for one almighty party. If you want to carry the party on into the early hours, then why not head to Alma de Cuba afterwards? Make sure you end your night with a bang with the famous petal drop.

Cream Classical in the Park

What has 20,000 people, 2 Stages, 20 DJ’s and 1 huge Orchestra? Why it’s Cream Classical of course! You’ll be familiar with the Cream Classical events at the Liverpool Cathedral, but now they’re taking the show outdoors in the beautiful setting of Sefton Park.

This is set to be the biggest outdoor event of its kind.

What started out as a small summer festival has spiralled into one of the top events in the UK, featuring some of the biggest artists around.

Previous years have seen Hacienda Classical, Example, Wiley, Basement Jaxx. and many more big music names – but this year promises to be even bigger.

2018 was a record-breaking year for Liverpool Pride festival as an incredible 10,000 people were in attendance and took part in what organisers say was the biggest public march Liverpool has ever seen.

This year, from July 27th to 28th, the festival is hoping to build even further on previous years with loads of dancing, colour, live music and partying!

The most iconic UK dance music festival, Creamfields is one of our favourite Liverpool summer festivals.

This year, the line up includes huge names such as Deadmau5, Calvin Harris & Swedish House Mafia.

Arguably some of the biggest and best names to ever grace the stage, this year promises to be a highlight of the festival calendar!

A post shared by International Beatleweek (@internationalbeatleweek) on Aug 23, 2018 at 1:32am PDT

With over 70 bands set to take to the stage across various venues, this brilliant festival that celebrates the most famous band in the world is returning to its rightful home – Liverpool.

Celebrate The Beatles’ career in their hometown and have a ball while you’re at it!

This latest addition to the Liverpool festival roster will see Kings of Leon (a UK festival exclusive!), Franz Ferdinand, Echo & the Bunnymen, Sam Fender, Jake Bugg and Circa Waves play in our beloved Sefton Park.

Run by the people behind popular Fusion Festival, this one-day wonder is an event you won’t want to miss out on.

One of the newer Liverpool summer festivals, Fusion Festival is returning to Liverpool, but this time in Sefton Park!

A post shared by Reminisce Festival (@reminiscefest) on Sep 14, 2018 at 2:21pm PDThttps://www.signatureliving.co.uk/offers/

If you’re a fan of Old Skool Dance, then look no further than Reminisce Festival! They’re bringing a lineup of incredible old skool club artists to St Helens, including D:Ream, Vengaboys, Judge Jules, Whigfield and N-Trance.

Get your glow sticks and rave paint ready – this festival full of dancefloor classics is here to make sure you give summer a raving goodbye!

Don’t forget, if you need somewhere to stay in the city, Signature Living offers the best large group accommodation in Liverpool.

To book a stay at Signature Living, head over to our booking page. You can also call our team today on 0151 236 0166 or email info@signatureliving.co.uk. We can help find the perfect room for your needs, taste and budget! Check out our latest offers and grab yourself a summer saver! 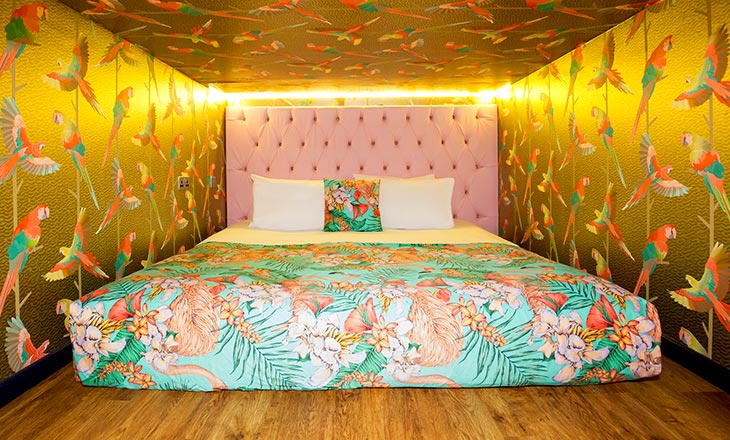 The Flamingo Suite is already one of the best party apartments in Liverpool. The latest of... 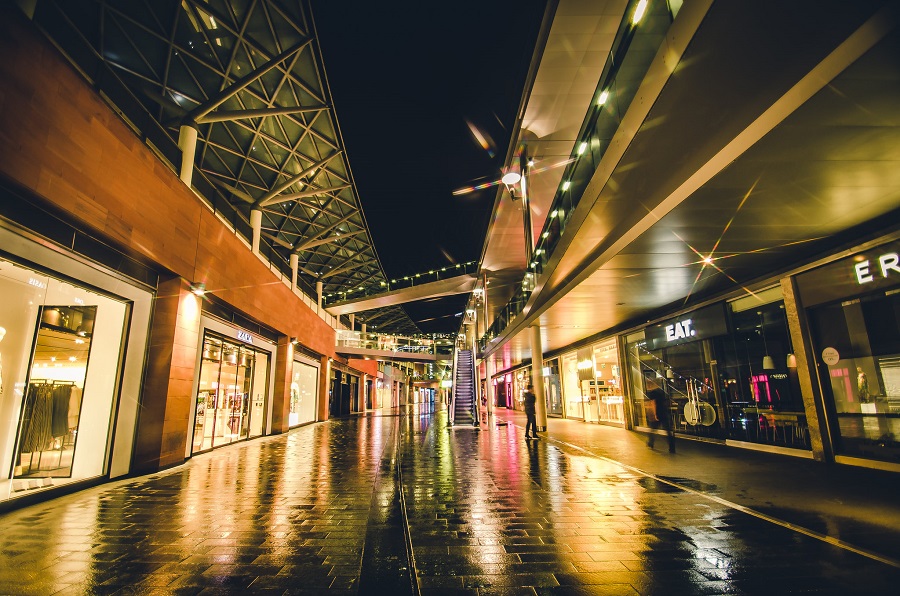 A Guide to Shopping in Liverpool from Signature Living

At Signature Living, we recognise that our guests often come to our city to take advantage of the... 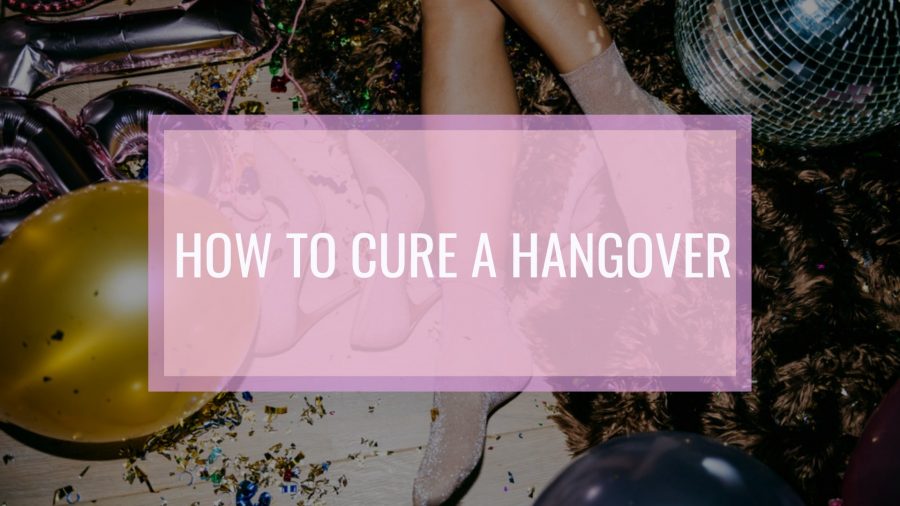 Everybody recovers from a heavy night out differently. Some need junk food, for others, a day of...

Scouse Sayings You’ll Need During a Weekend at Signature Living

A Guide to Sunday Nights in Liverpool

Where to Spend a Liverpool Night Out in this Summer

Are You Ready for Your Close Up in Our Camera Ready Accommodation?