LIMF 2019: Acts Not To Miss, Accommodation & After Parties

The Liverpool International Music Festival will be returning to Sefton Park again in July 2019 for two days of non-stop live music on the 20th – 21st, and we cannot wait.

This year, a line-up filled with some of the biggest big names in music includes Sigma and Maverick Sabre, as well as a long list of Liverpool locals who, of course, we’ve got a lorra lorra love for.

We’ve got the lowdown on which acts you simply don’t want to miss, as well as what else to expect this year at 2019’s Liverpool International Music Festival.

The Local Liverpool Ones to Watch

Known from producing some of the finest musical talents in the country, Liverpool is a city to keep your eyes on for the next big things to hit the music scene.

Where better to catch all the latest Liverpool acts than at Liverpool International Music Festival.

Here are the ones you don’t want to miss.

This young RnB collective from Liverpool has been on the radar since being listed in the Get Into This’ ones to watch, way back in 2013.

Since then the local Liverpool lads have smashed the scene with their Unsung MOBO award, debut EP release, The Show and opened for none other the Justin Bieber on the Euro leg of his Purpose World Tour.

Their sound features old skool harmonies and new school lyrics and has even turned heads across the pond.

Get yourselves front row seats on Saturday 20th to see the boys perform live in their home town, during Liverpool International Music Festival 2019.

This Liverpool band, formed in the streets of Anfield and Kensington and have been on the city music scene for some time, but only became truly appreciated for their amazing sound in 2014 when their work went mainstream.

For LIMF 2019, the local lads will be performing work from a new album, Frequency that we’ve been waiting for with bated breath for far too long. They recently performed a few tracks live at our own Signature Live Events on the Eden Rooftop to a packed out crowd.

If you like the sort of synth and riff blend that makes crowds jump, dance and sing then Tea Street Band is an act you’ll want to see at this years Liverpool International Music Festival.

Taking to the main stage on Saturday in support of The Zanzibar Collective.

A guy taking the music world by storm, Pizzagirl has a voice that belongs in the stuff of dreams. His lyrics are quirky and ironic, and the beats and moody melodies have a distinctive 80s pop influence.

Since the age of two weeks old, Liam Brown has been producing music from his Aintree based bedroom studio where, with help from his mum and mates, he also creates visuals to go along with his work.

Pizzagirl’s music wouldn’t be out of place in Grand Theft Auto’s Vice City or today’s reality series Made In Chelsea.

If these are your kind of vibes get yourself in his audience crowd at the Music City Stage on Sunday and have a listen.

Where better to make your festival debut than Liverpool International Music Festival?

That’s exactly what The Heavy North will be doing on Saturday 20th July, performing some of the dirtiest dive bar blues for the ears of their eager audiences. Listen to their latest release below.

Listening to The Heavy North, it’s easy to imagine them playing in some backwater bayou in the darkest, deepest parts of New Orleans.

But in fact, the band originate from Liverpool and their talents show just how diverse the scope of the city’s music can be.

One for the rock and rollers among you, The Heavy North will be making their festival debut on the Music City Stage 20th July.

As well as all this superb local Liverpool talent, there will be some big hitters in our midst during this years Liverpool International Music Festival, including several chart-toppers and living legends.

A talented young woman, whose voice topped the charts with Rudimental back in 2013, Ella Eyre has since been on tour supporting the likes of Little Mix and The Script, creating a huge fan base for herself.

She’s the proud recipient of two MOBO Awards and will be coming to Liverpool International Music Festival as a headline act on the main stage.

Get ready to hear some of her latest chart worthy tracks as well as all the well-loved back catalogue songs on Saturday’s main stage.

Strutting their stuff on the music scene for over 30 years, De La Soul are known as pioneers of the alternative hip-hop and jazz rap culture.

Their later work included collaborations with the animated band, Gorillaz on their song “Feel Good Inc” and since then they’ve have worked with Snoop Dog and created a Grammy-nominated album.

We are looking forward to the time-traversing group making an appearance on the main stage at LIMF on Sunday. We’ll be singing and dancing along to their biggest hits, well-known collaborations and latest hits.

A sensationally soulful singer, songwriter and rapper, Maverick Sabre has sailed to success these past few years, making a name for himself as a goliath in the industry.

His powerful voice and melodic music are attention-grabbing, to say the least, but watching the man perform is what really makes Sabre such a crowd pleaser.

Expect to hear a mixture of 70s style grooves and soft acoustic songs, alongside punchier upbeat tracks to dance along to on Saturday’s main stage.

Music is running in the veins of this iconic dance music duo, and their work has been seen and loved all over the UK, as well as on the stages of numerous worldwide festivals.

The beats behind Ella Eyre and Maverick Sabre’s top hits, Sigma will be making a hotly anticipated appearance on the main stage at LIMF this year, in celebration on 3Beats Records 30th Birthday.

Over 30 live musicians and special guests will be performing 3Beats biggest tracks, in a LIMF extravaganza showcase.

Making your weekend unforgettable, Sigma’s headlining show is one we’re sure will go down in LIMF history.

Get Lost in Music at this year’s Liverpool International Music Festival, as a combination of Manchester’s Camerata Orchestra, disco DJ Mark Armstrong and disco diva Sister Sledge’s Kathy Sledge help us Get Down Get Down.

This is disco music showcased in a new and exciting way, where retro tracks are reinvented and given a new lease of life with lasers and light shows.

This will be one heck of a way to close the Liverpool International Music Festival of 2019 off, and we think you should all be there. Main stage Sunday.

If, after all this live music, you’ve still got more party in you, check out the exciting afterparties taking place, back in the city centre when the mics have been dropped.

The Zanzibar Club have something up their sleeves which they’re keeping under wraps just to make us sweat. Sources have confirmed an exciting line-up of DJs will be present and appearances will be made by some super special, secret guests.

Keeping the birthday celebrations going strong on the Saturday, 3Beats will take over the rooftop bar Liberté Roof Top Bar from 9 pm – 2 am. We’re looking forward to some of their favourite people helping keep audiences entertained until the sun comes up.

Among them the incredible Anton Powers, whose house music has been pumped out in some of the UK’s most awe-inspiring venues and festivals for a generation.

He’ll be joined by Pezz, a chap whose work has been heard up and down the White Isle in places like Pacha, Space and Amnesia for the last two decades, and M-22 duo who are most at home at on the mainstages of Tomorrowland and Ushuaia.

Why stop when the sun goes down when you can keep things going ’til dawn at either of these exciting LIMF after parties, taking place in the heart of the city.

Where to Stay for the Liverpool International Music Festival 2019

For festival accommodation, forget tents and camper vans, get your rooms booked at Signature Living with all your festy friends, and keep the party going until the next day.

Our super Signature Suites were built to host huge groups of party people, coming to the city to experience the very best of Liverpool’s events and culture.

The Liverpool International Music Festival is the highlight of our summer festival calendar and an event not to be missed.

Book yourselves the ultimate festival accommodation and let Signature Salon get you festival-ready before and after the event in your luxurious Signature Party Room or Suite.

Check out some of our amazing accommodation offers or call our team on 0151 236 0166 to sort your stay today.

How to Throw the Ultimate Love Island Party 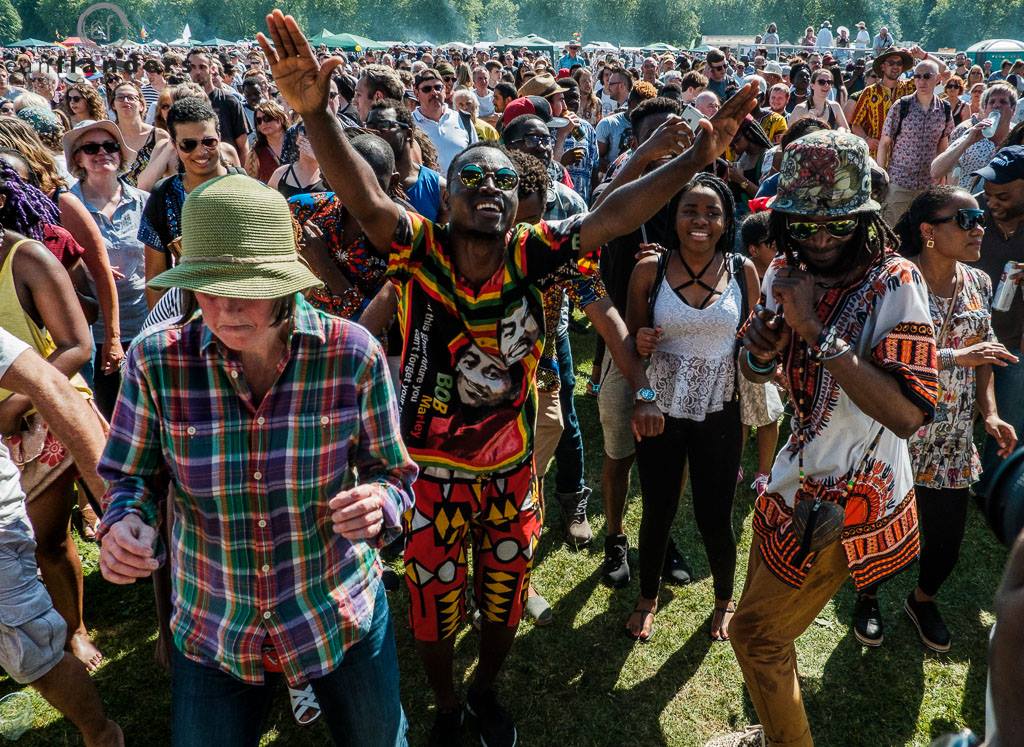 Make the Most of Africa Oye with Signature Living

The UK's largest free celebration of African music and culture is back for its amazing 26th year... 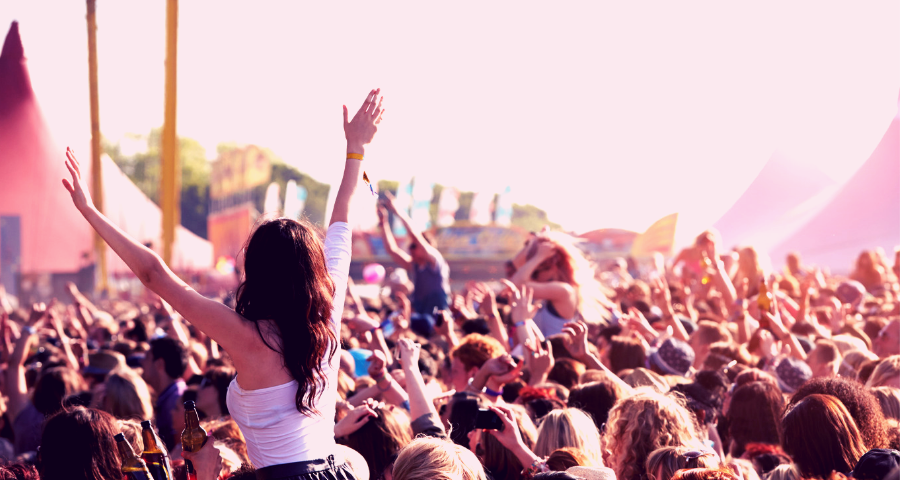 A city famous for its amazing atmosphere and events, we've put together a guide to the best... 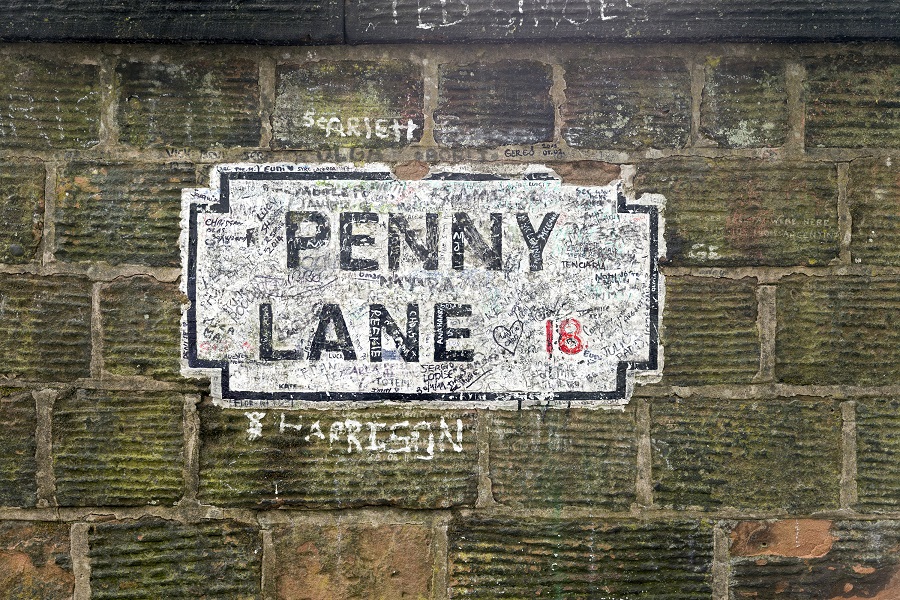 Calling all Beatles fans! From 22nd to 28th August, International Beatles Week is returning to...

Where to Share a Gorgeous Group Meal in Liverpool

Where to Spend a Liverpool Night Out in this Summer

Check Out our Flamingo Fun Offer at Signature Living Hotel

Have your Girls Party in Liverpool with Signature!

Late Night Shopping Liverpool: Where to Do Your Christmas Shopping