A Brief History of 30 James Street

30 James Street is the home of the Titanic. It is located right in the heart of Liverpool, and has played an important role in the ill-fated vessel’s story for over a century.

Designed by architects Richard Norman Shaw and J. Francis Doyle, 30 James Street – otherwise known as the White Star Line building, is the site in which the Titanic was registered by the White Star Line shipping company on 24th March, 1912. RMS Titanic was finally completed in April 1912 in Belfast, Northern Ireland, taking approximately three years to finish. 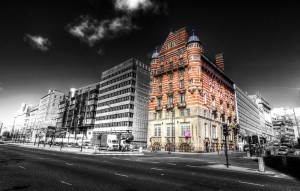 The White Star Line was the best in the industry, and the shipping company’s sole goal was to revolutionise travel by creating the biggest and best luxury passenger ships the world has ever seen – ships that were capable of transporting thousands of passengers across the Atlantic Ocean.

RMS Titanic was one of three Olympic class ships created by the White Star Line; the other two included the first of the liners, RMS Olympic, with RMS Britannic the last to be built at the Harland & Wolff shipyard.

In 1933, the White Star Line and its rival shipping company, Cunard, agreed to merge the two companies to become known as the Cunard White Star Line; however, in 1934. 30 James Street closed as the head office after 37 years of service. To this day, 30 James Street has remained untouched, despite being one of the most iconic symbols in the story of RMS Titanic.

However, we here at Signature Living plan to preserve and restore the building to its original architecture, creating a luxurious hotel that commemorates the White Star Line and RMS Titanic.

We have spent many years creating stylish group hotels in Liverpool that bring friends and family together in a stunning setting, and 30 James Street will be no exception. We aim to create a comfortable, chic hotel that honours Liverpool’s maritime history, whilst creating a relaxing retreat for guests from across the world. We hope you join us very soon.