The Met Gala is one of the most exciting events in the fashion calendar. The annual benefit event is held for the Costume Institute at New York’s Metropolitan Museum of Art.

This year was the 71st annual Met Ball, hosted by Lady Gaga, Harry Styles and co-chaired by Anna Wintour. The theme was ‘Camp: Notes on Fashion’, which saw celebrities flock to the red (or pink) carpet to flaunt their most fabulous and theatrical ensembles.

While some stars may have failed to grasp the extreme, humorous and ironic nature of the theme, others went all out. So, to celebrate the Met Ball 2019, why not take a look at some of the best-dressed stars of the year, and those that could of made a little more effort!

Who Got it Right?

Never one to disappoint, Met Gala host and former One Direction heartthrob Harry Styles left the boyband style behind on the pink carpet. The Sweet Creature singer is known for being a Gucci devotee, and Styles stayed loyal to the designer with a sheer ruffled Gucci blouse showing off his tattoos. Embracing the theme of the evening, Harry completed his look with a singular pearl earring, bold statement rings and black heels.

As editor-in-chief of Vogue and co-chair of the Gala for over 20 years, it’s no surprise that Anna Wintour nailed her look for the theme of this year’s event. Wintour was dressed to impress in none other than a striking pink Chanel gown, embellished with crystals and complemented by a glamorous feathered cape.

Met Gala co-host Lady Gaga is known for slaying the red carpet with her eye-catching ensembles. And it’s safe to say fans approved of Gaga’s choice for this year’s event. Making a performative entrance to the carpet, photographers had plenty to capture as she revealed four different outfits in less than a minute!

Channeling Priscilla Presley’s 60s glam, Lily Collins’ Met Gala look was without a doubt one of our favourites of the evening. From her retro white gown and feline flicks, to the pop of colour on her eyelids, Collins achieved the perfect blend of vintage and contemporary glamour with a fabulously camp twist.

Céline Dion told E! that she didn’t ‘understand what the word camp meant’…which is probably one of the best things we’ve ever heard, since Céline herself is a walking definition! We loved this spangling and extravagant Oscar de la Renta look even more for the fact it was a natural outfit choice for the singer. Yas kween!

Standing out from the crowd is what Signature Living does best. In a flock of pigeons, be a flamingo!

Another star to make a memorable entrance, Billy Porter arrived to the carpet at the Met Gala 2019 as a glittering Egyptian pharaoh. Taking the theme to a whole new level, the actor was carried to his spot on the carpet by shirtless models dressed in gold. Yep, it’s safe to say Porter nailed the theme…and that was prior to spreading out his giant gold wings.

One of the prettiest outfits at the Met Gala, Emma Roberts channeled ethereal fairy princess with her romantic ruffled gown from the Giambattista Valli Haute Couture Spring collection 2019. Paired perfectly with soft pink eyeshadow, flushed cheeks and a painted lip, this colour coordinated look is one of our faves. We might even splash out on some pink products on the next payday!

Another star who was pretty in pink at the Met Gala was Dakota Johnson, who opted for a stunning sequin Gucci gown in a stunning shade of pink. Adding a unique touch to the ensemble, Johnson’s glistening dress featured an embroidered dripping heart in the centre. The star completed her look with a stylish silver headpiece.

For those that love all things pink, why not check out our Garden of Eden room?

The Hadid sisters are known for their showstopping looks…but this year, it was Gigi who really made a statement. This white, silver and gold catsuit is giving us serious ice queen vibes…not to mention the matching head piece and finer details. The supermodel went big and bold with her make-up, opting for long silver eyelashes in keeping with the icy motif of her look.

Never one to go unnoticed, Cardi B went larger-than-life at the Met Gala 2019 with her striking Thom Browne gown, fitted with 30,000 feathers! Speaking to Vogue, the Grammy-winning rapper shared, “we really were trying to make sure that it looked very elegant, extravagant, but not too Halloween-ish.” It’s fair to say Cardi B embraced the theme, which is what we like to see!

Last but certainly not least on our list of best-dressed is Katy Perry. This outfit speaks for itself! but let’s take a look at what the singer was going for. Perry lit up the carpet as a glamorous chandelier, in a look designed by Moschino for the ‘camp’ theme of the evening. Since the star is known for embracing all things ‘camp’ at the best of times, we were glad to see she went all out for this grand evening.

Who Got it Wrong?

The high-end extravagance of ‘camp’ seemed to be lost on some stars on the night. Kendall and Kylie’s look has circulated the internet in a variety of memes, with many drawing comparison to the ugly stepsisters’ outfits in Cinderella. Oh, and a certain ice-skating duo…

Frank Ocean’s appearance on the carpet has also proven to be meme-worthy. Twitter users were quick to compare this look to that of a security guard, while others pointed out his anorak (albeit being a Prada one) was a little more ‘camping’ than ‘camp’. Either way, we’ve still got a lot of love for the singer!

Set to play the king of camp Elton John in ‘Rocketman’, it’s understandable that fans were a little disappointed by Taron Egerton’s efforts at the Met Gala. Though his tuxedo did have a few interesting details, it was a bit on the plain side. That being said, the British actor has hinted he’ll be jazzing things up a bit for the premiere of his upcoming movie.

If you’re planning a stay in Liverpool, why not go big and bold with a stay in one of our eccentric rooms and suites?

So, if you’re feeling inspired by the Met Gala 2019, check out our unmissable offers and most daring rooms for an unforgettable stay!

Where other hotels play it safe, we like to do things differently! And we definitely know how to embrace the extravagance of ‘camp’! The Jungle rooms are a fabulous addition to our range of party rooms.

Our party rooms feature fabulous amenities and secret doorways to discover. To book your stay online for the best available price, head over to our booking page here. 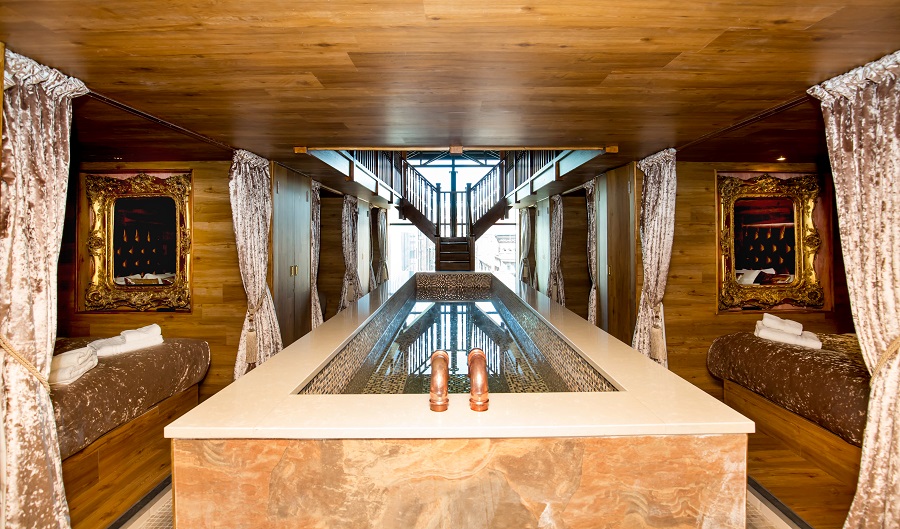 You can take your pick when you stay with Signature Living, as we have so many exquisite group... 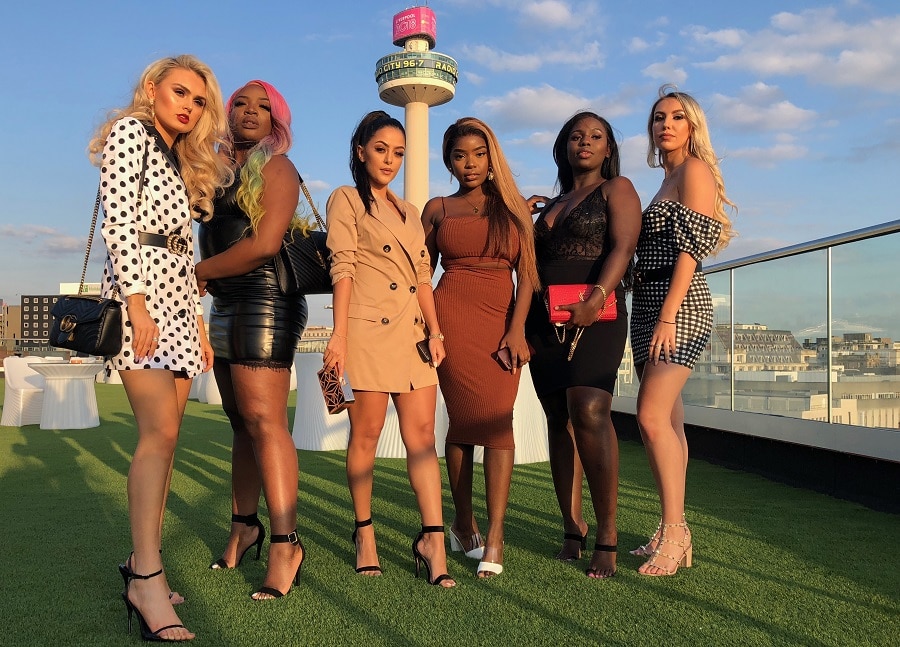 When you have a collection of glamorous group hotel rooms in Liverpool's vibrant city centre,... 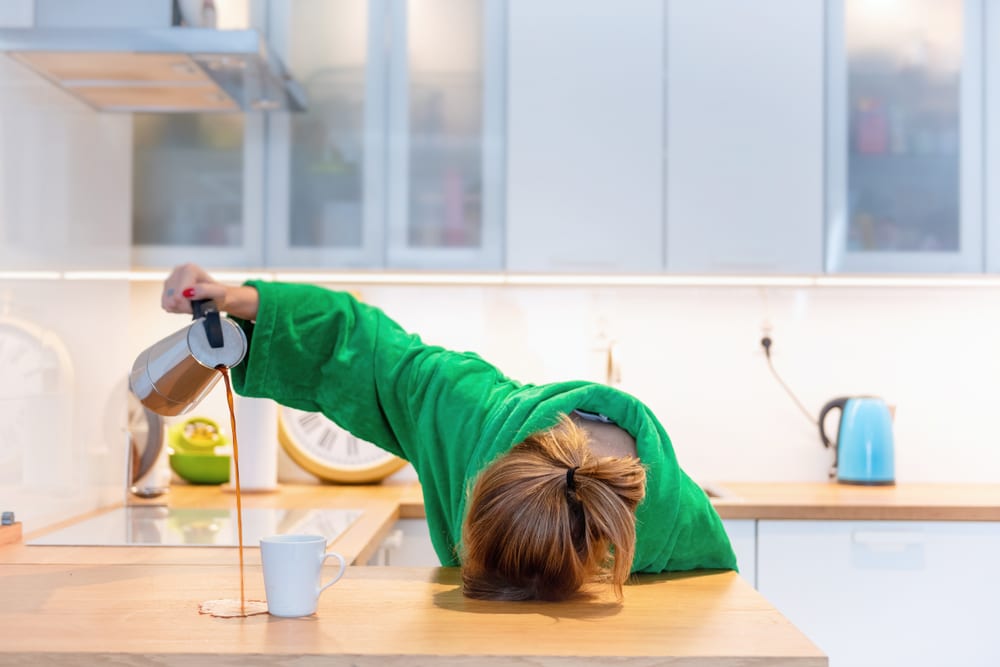 23 Signs You Need Some Monday Motivation

Monday, we meet again. But why? Nobody invited you! Let us sleep and eat and pretend we don’t...

7 Ways to Fill a Weekend with Signature Living