Liverpool’s tourism industry leaders donned their tuxes and gowns and descended upon St George’s Hall in recognition of their contributions towards the visitor economy to attend the LEP awards ceremony.

The ceremony, hosted by Liverpool City Region Local Enterprise Partnership, is now in its third decade, offering businesses and brands the tools needed to bring their products and services to the attention of the tourism sector.

Not only did Signature Living sponsor the awards, but we are delighted to announce The Shankly Hotel won the prestigious Best Newcomer to the Visitor Economy.

On 19th May 2016, Katie and Lawrence Kenwright, along with Chris “Shankly” Carline, proudly accepted the award amongst an audience of other businesses being recognised within the tourism sector. 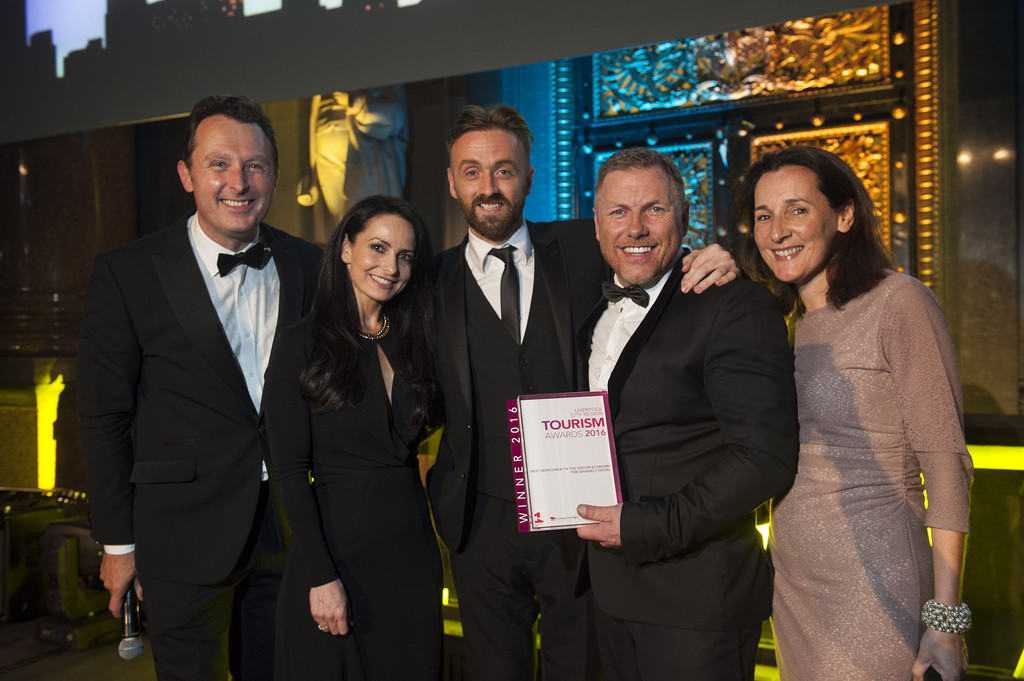 This is the second industry-recognised accolade to be bestowed upon The Shankly Hotel since its opening in August 2015. The first was the ‘Simply the Guest’ award from laterooms.com, voted for by guest reviews alone, granted in March of this year. Katie honoured her staff in receipt of this award, accrediting its win to the efforts made by the team at The Shankly Hotel.

Coming up on the horizon is the highly esteemed ECHO Regional Business Awards, where Signature Living are finalists in the running for the ECHO Investment of the Year Award. The award celebrates new and existing businesses having a positive impact on the regional economy, following investment made since January 2015.

The awards ceremony is due to be held at St George’s Hall on the 23rd June, and is set to be bigger and better than ever, as the awards have attracted a growing notoriety. With the International Business Festival being hosted in Liverpool again this year, there is a greater enthusiasm expected for the record number of nominees.

Fingers crossed that Signature Living can add this most respected award to those already received this year, making us a higher recognised industry leader, further promoting the eagerly anticipated growth of our brand success across the UK and beyond.

Book a stay at our award-winning hotels and call 0151 2360166 or email info@signatureliving.co.uk. See you soon!

The Inspiration Behind Signature Living’s Wonderland

Signature Living’s Version of ‘Big Brother’ Headlines in the ECHO